In an attempt to gain national support and recognition for the event, the Townline Reconstruction Committee sent out letters to many Congressman across the nation inviting them to the ceremony. Below you will find the letter which was originally sent from Town Line on January 7th 1946, which states that they “are ready to correct a slight imperfection in our national unity as bequeathed to us by a former generation”. (1) 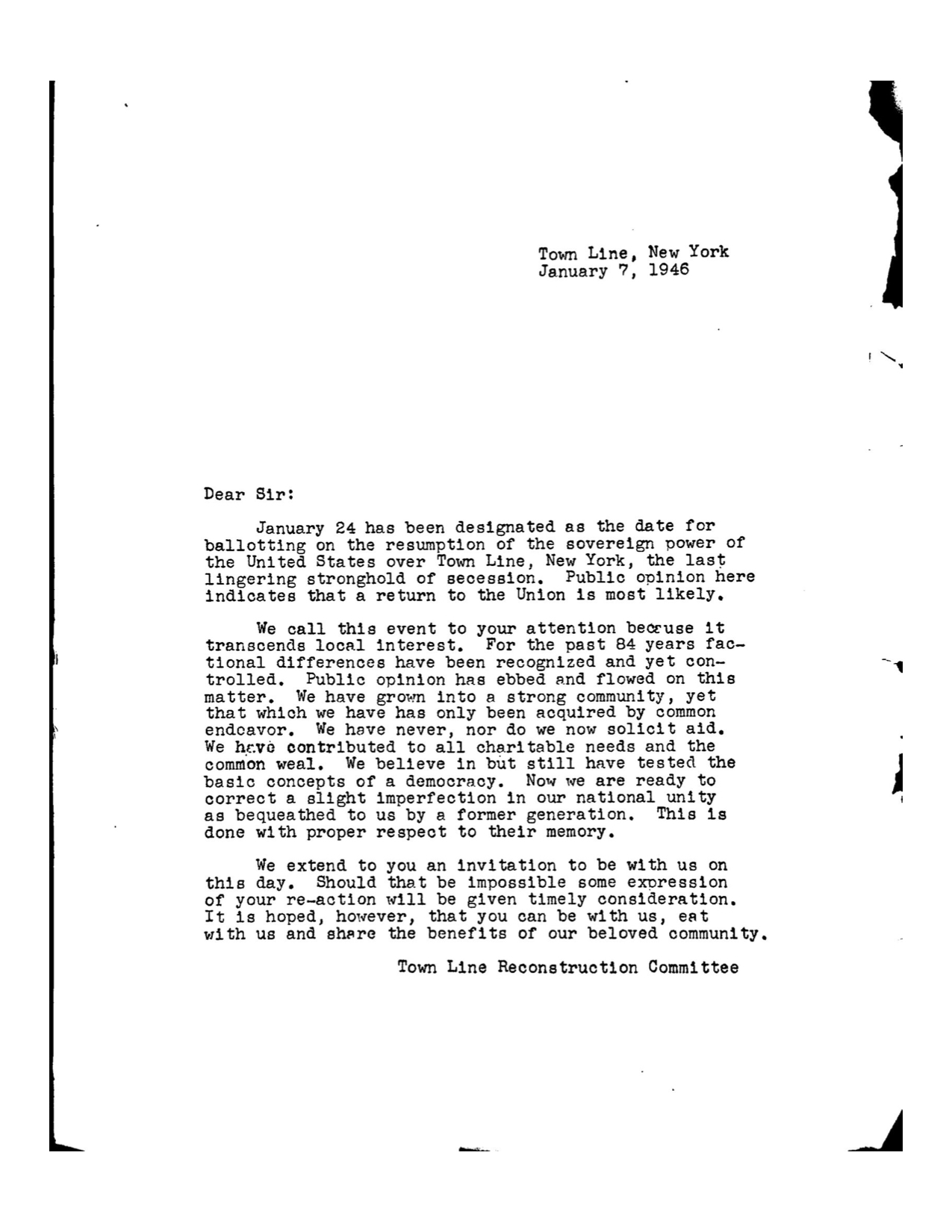 Letter from Town Line Reconstruction Committee to government officials requesting their presence at the reunion celebration which will take place on January 24th. Town Line, NY will celebrate their rejoining of the Union after seceding in 1861. (1)

As can be seen in the following two sliders, the Congressmen unanimously declined the invitation in a polite and often humorous manner. Such sarcastic responses include one which hopes that Town Line does not have too much trouble finding the United States and a message that says “congratulations, but don’t do it again”. (2) (3)

The letters and telegrams below are a selection of the collection found at Blair’s Hardware Store in October 2018.