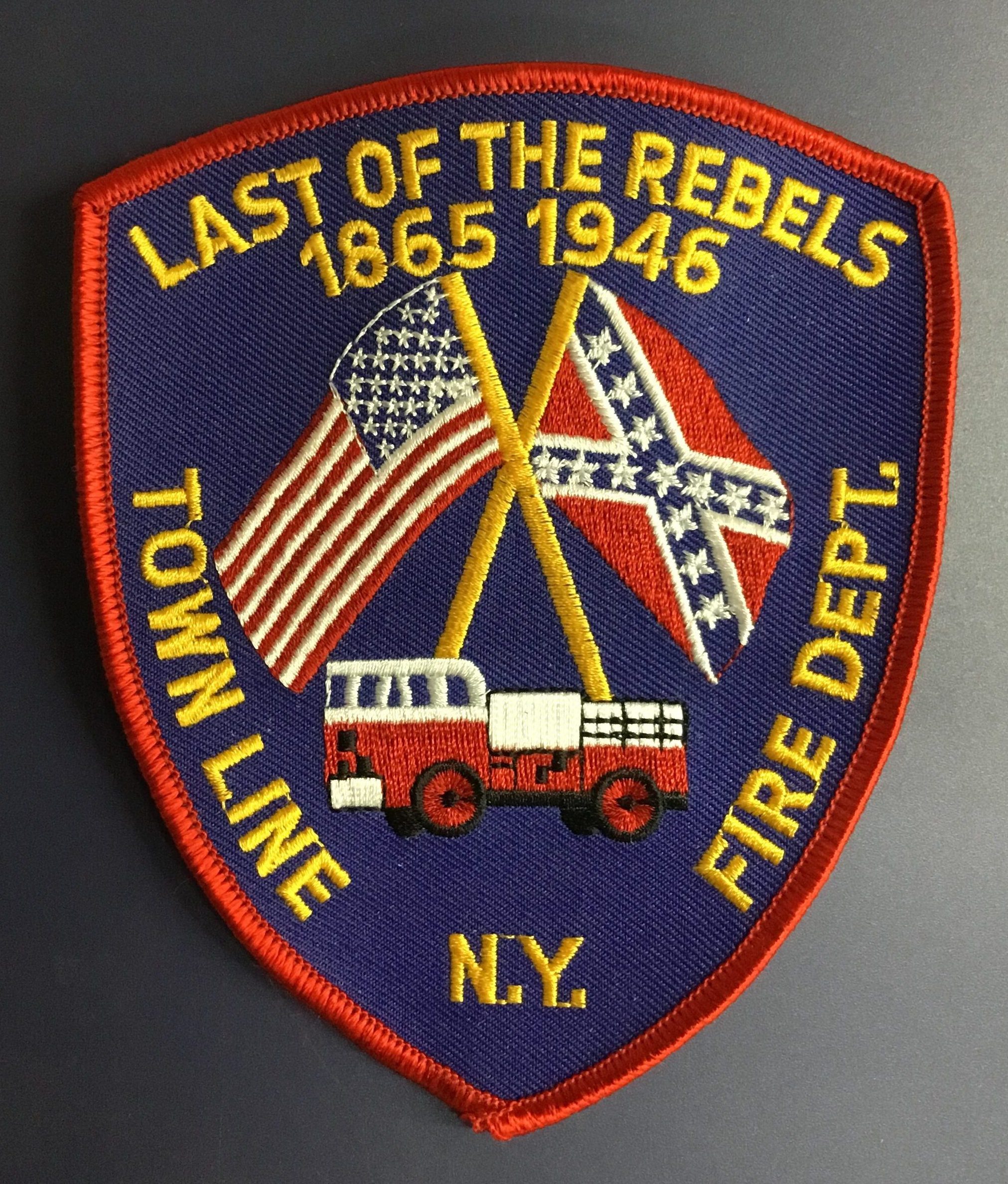 Fire department patch, featuring the logo with both the American and Confederate flags. The patch was discontinued in 2011.

Perspectives on Town Line’s history diverge again when considering a certain controversy in 2011. It was in that year that the Town Line Volunteer Fire Department, which serves the towns of Alden and Lancaster, promptly decided to remove the Confederate flag from its logo. The flag had been a hallmark of the department’s identity. The phrase “Last of the Rebels” appeared on each fireman’s patch, as well as hats such as the ones picture below.

There are differing accounts on the town’s reaction to this change. Karen Muchow, archivist of the Alden Historical Society, asserts that the removal of the flag happened without drawing much attention. Muchow suggests that it was the obvious racism insinuated by the flag that prompted the decision, and that “it wasn’t publicized or anything.”

On the other hand, Lisa Blair of Blair’s Hardware Store and Museum recalls the event differently. Blair says that the removal of the symbol upset many volunteer firemen, who took pride in the Confederate history of the town. Many members identified with the Confederate flag for its assertion of states’ and individual rights, rather than “for the fact of being a racist thing.” Firemen then brought in their old patches to Blair’s Hardware, in solidarity with the symbol they once wore with pride.