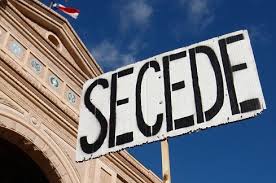 Is secession in New York State’s future, and what would that mean for New Yorkers? (Marcellus Drilling News)

The upstate New York secession movement prompts a series of important questions for the future of New York state. First, what’s next? There a multiple paths that could be taken to reach secession, each requiring different steps and actions. Then, how likely is secession? Even if a particular path to secession is chosen and pursued, there are still significant obstacles that must be overcome. Perhaps most seriously, is secession really a viable solution for upstate’s problems? Statehood would present economic and political challenges for upstate that could have downsides. Finally, what are the alternatives to secession? Can upstate and downstate overcome their differences in a way that preserves the integrity of New York state?