The upstate New York secession movement has plethora of grassroots support, as evidence by the numerous social media groups present online. Grassroots efforts and specifically, social media activism, can be a powerful driving force behind political movements. However, the details of secession and autonomy vary from group to group and there is no central organizing structure for grassroots efforts. Different organizations prioritize different facets of upstate secession, placing emphasis on different issues, and therefore, might find it problematic to consolidate if the opportunity was presented.

If the groups were to somehow unite, there would be discord regarding what issues to prioritize and what methods to use when pursuing further autonomy. The “Secede Upstate New York” movement, for example, is actively pursuing cooperation with Pennsylvania in the hopes that Pennsylvania might annex the upstate portion of New York. This might be an acceptable solution to those who seek greater energy independence, but for those concerned about educational issues such as Common Core, joining Pennsylvania would not provide greater public educational autonomy and choice. There are simply too many issues being addressed by too many groups to provide a clear path forward if grassroots efforts were to unite.

Furthermore, it is unlikely that these efforts will be united. The large geographic area of upstate New York makes it difficult for groups to coordinate in person. While online coordination is possible, there are vast differences in online outreach capacity among different social media groups. The lack of social media coordination is also a result of the movement lacking visible symbols and figureheads. There is no single spokesperson for the movement, and legislators who have promoted the movement in government, do not advertise it online or in social media. 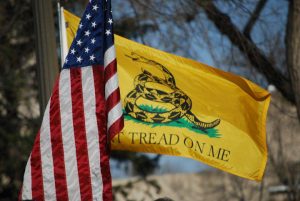 51st State: Free Upstate New York is a social media group with a following of approximately 1,000 people. Their motivations for upstate secession are primarily political and most of their posts are concerned with poor governance and possible corruption in Albany. They are very critical of Governor Andrew Cuomo and Democratic NY Senator Chuck Schumer. The group was also vocally pro-Trump in the 2016 Presidential Election, and has seen an uptick of posts since November, increasing their activity. 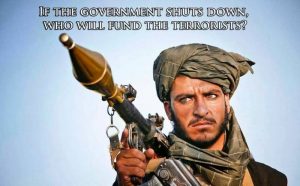 The New Energy Party is a social media group and political party, that ran a candidate, Carl Gottstein Jr. in the 2014 Assembly election. Though their candidate lost, and the social media group has been inactive, the New Energy Party is worthy of study since one of the key aspects of their 2014 platform was greater autonomy for upstate New York. While they cite higher potential financial growth for the counties in upstate New York, most of their arguments are cultural in context. Their tagline is “Pro-Life, Pro-God, Pro-Gun, Anti-Obama.” This, coupled with their calls for greater autonomy for upstate New York, connects social issues with secession movements. The group is directly appealing to a religious audience, connecting issues of small government and abortion politics with religious imagery and symbolism. This overt connection between Christianity and upstate New York secession is very visible in the social media platform of the New Energy Party. 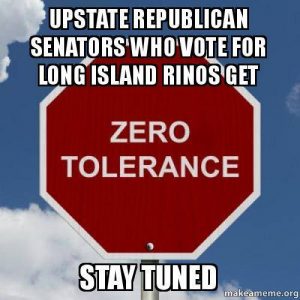 Upstate NY Secede is another social media group with a following of approximately 7,000 people. Based off their posts, their grievances with the current borders of New York State are economic, political, and slightly cultural. Their cover photo emphasizes the geographical differences of New York, an urban environment downstate versus a rural environment upstate, and implies that two areas are inherently culturally different. They extend cultural differences to arrive at the political conclusion that a policymaker from New York City cannot have the best interests of a rural town in upstate New York in mind. The posts on the page are also deeply concerned with economic issues, such as subsidies from the state budget given to entertainment companies that produce media in New York City.