Prior to the Collective

Due to their experiences of homophobia and classism during the Women’s Liberation Movement, the Furies collective felt formation was necessary.  Yet before women decided to leave the movement they were active as “…they sought to make their own condition primary” after being dismissed by men in other social movement organizations.3 Charlotte Bunch, one of the founding members of the Furies, was also a founding member of the Women’s Liberation Movement in Washington, D.C.4 The activities held by the various chapters of NOW (National Organization for Women) were national and local protests and establishing programs that addressed violence, reproductive rights, and the needs of children. 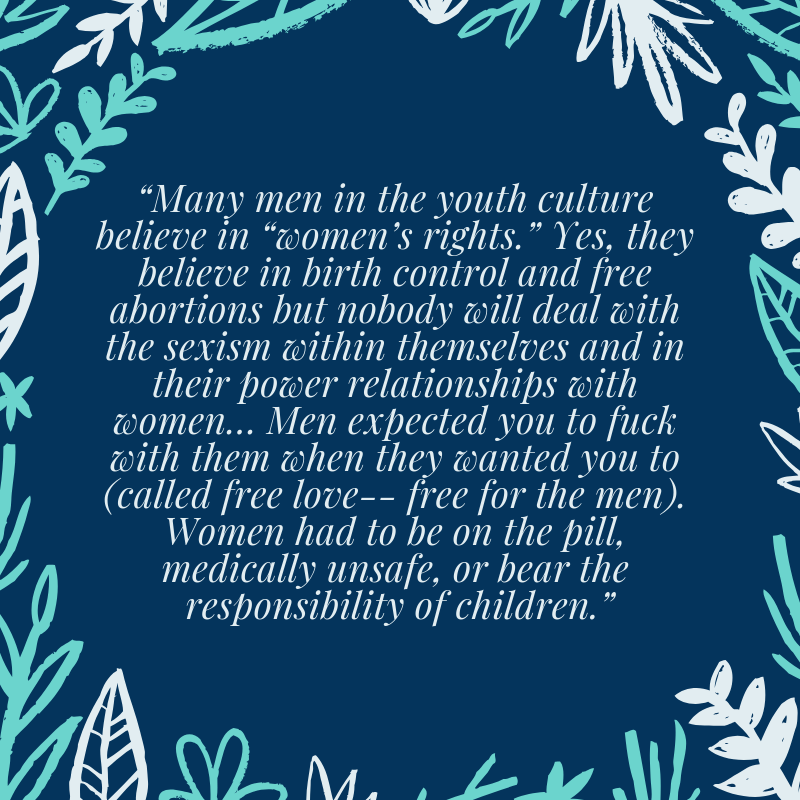 Frustratingly, lesbian-feminists could not confront their specific oppression from within either of these movements. Lesbian feminists, disgruntled with the limitations they encountered in the Women’s Liberation Movement.