When 1961 rolled around the Ozarks had experienced over half a century of growing tourism. Although McDonald County was never at the heart of the swelling tourist industry, it was certainly an active participant. By 1961 McDonald County had become heavily reliant on tourism, with much of its 1960 income coming from tourism. To truly understand the secessionist movement that took place in McDonald County, one has to understand the importance that this industry had on the county and how tourism operated within the Ozarks. 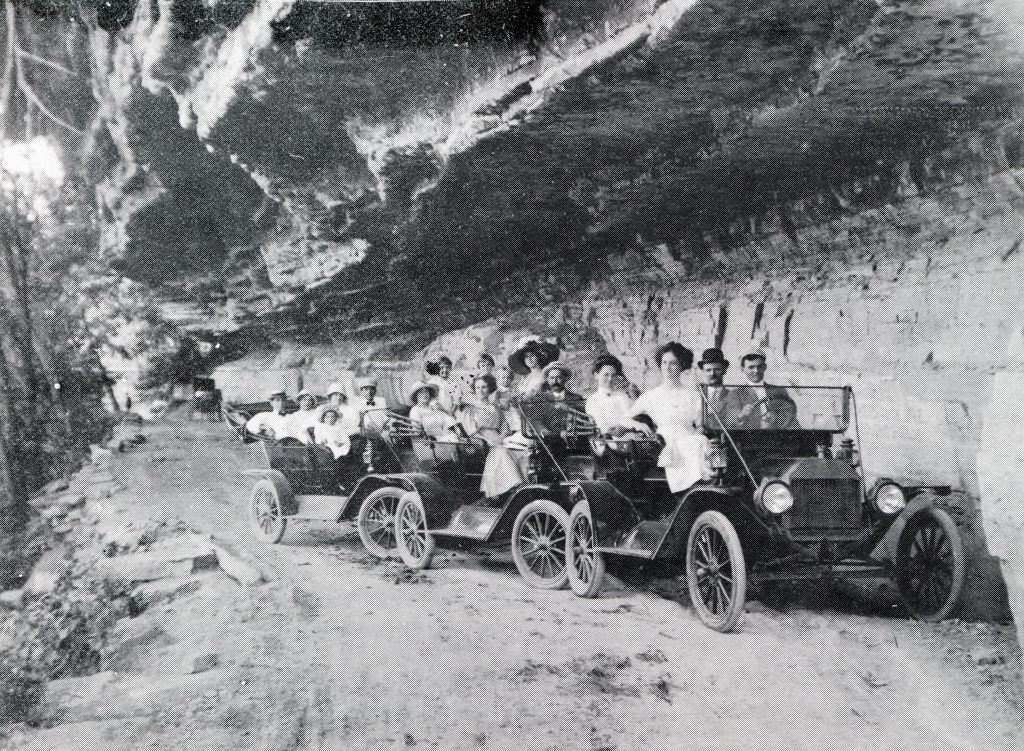 Leading citizens of Noel driving along an early dirt road beneath the Elk River Bluffs. US Highway 71 would later run along this road, making it a major tourist destination in the region. Courtesy of the McDonald County Historical Society.