Following the inability or unwillingness of the State of Missouri to address the omission of State Highway 59, Noel, and Southwest City from the 1961 “Vacationland Map” and the statement that the Missouri State Highway Department had omitted these features on purpose, citizens of McDonald County decided to follow an extreme form of civil discourse. McDonald Countians in Noel announced secession. Their livelihoods had been threatened by the state government two years in a row. They now sought to save the tourism industry in McDonald County and secure the representation needed to do so. 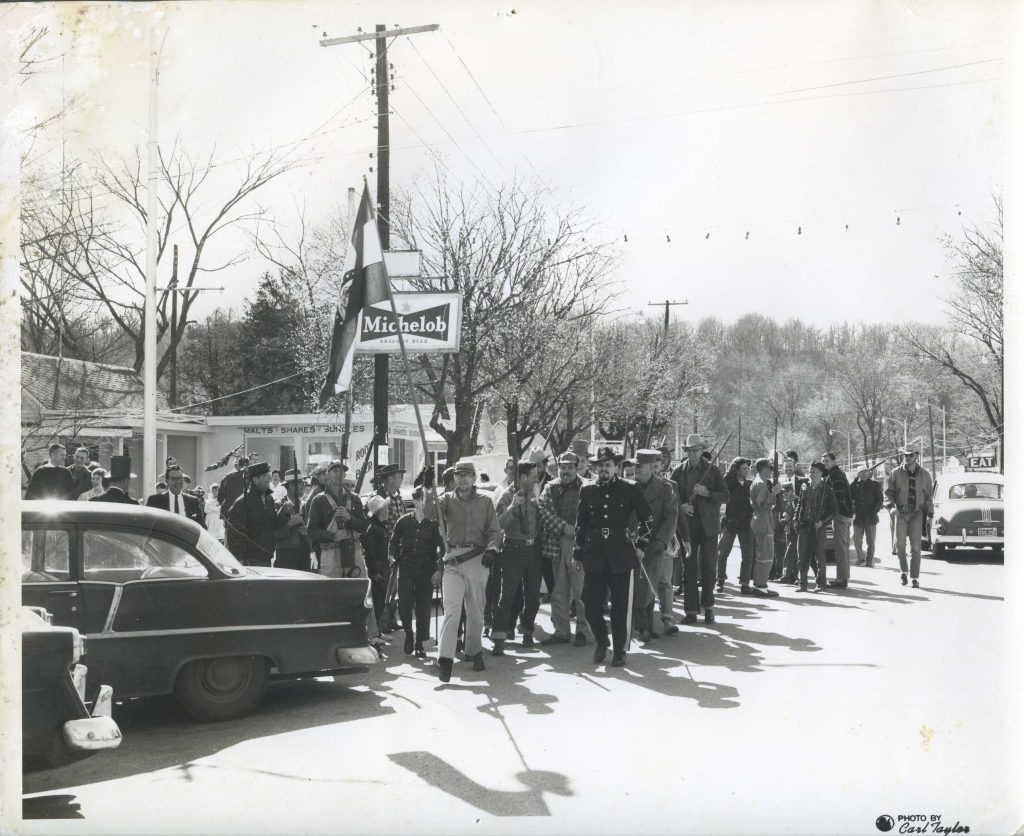 A McDonald Territory Parade held on June 11, 2017, two months after secession was announced. Courtesy of the McDonald County Historical Society.

Next: The Formation of McDonald Territory