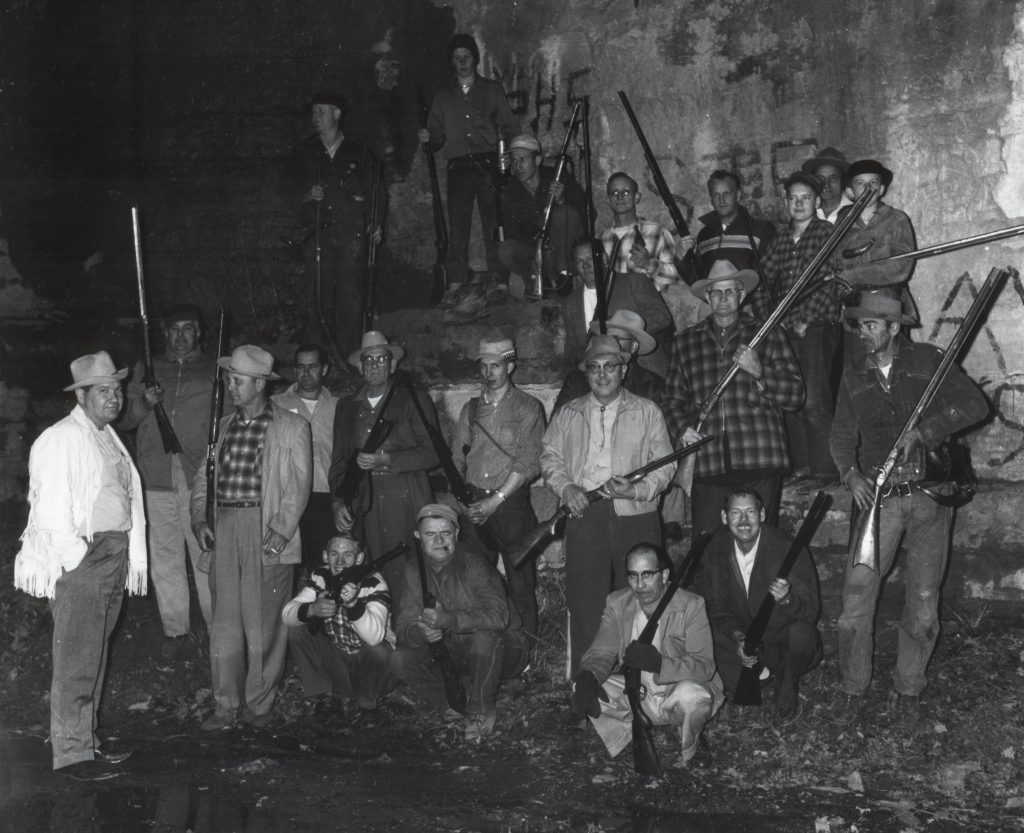 Over a hundred men volunteered as Border Guards for the McDonald Territory soon after the movement to secede began. These Border Guards were notorious for carrying muzzle loaded rifles and black powder revolvers. They would stop incoming traffic and issue visas. 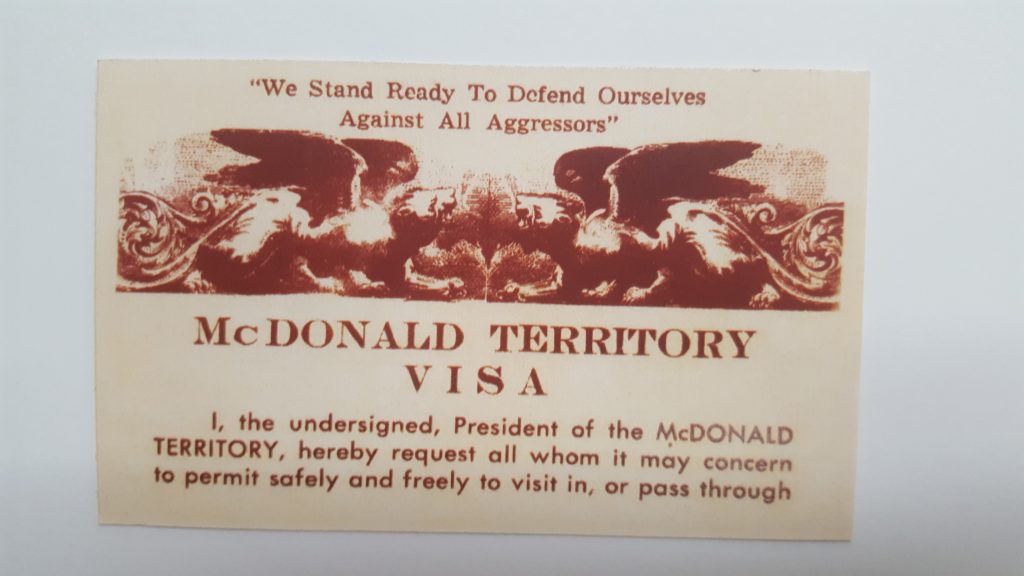 The front side of a McDonald Territory Visa. Courtesy of the McDonald County Historical Society. 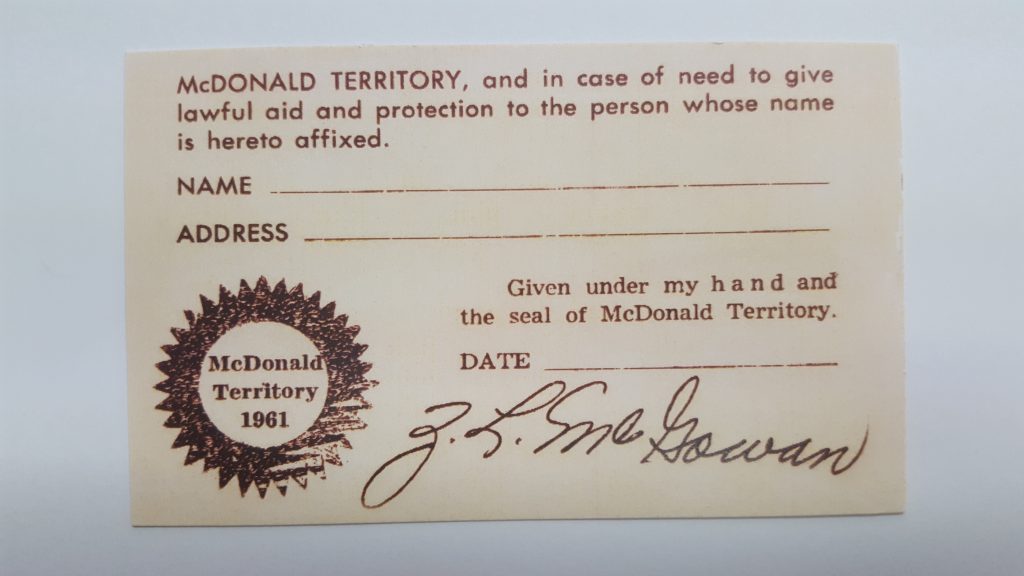 The back side of a McDonald Territory Visa. Courtesy of the McDonald County Historical Society.

While on paper the primary duty of the Border Guard was to protect the Territory from an influx of outsiders and unwanted aliens, these “fun-loving, wise-cracking Border Guards appeared on television, newscasts, and private parties and blow outs to put on their act and heckle the people.”1 As a result of the behavior and actions of the McDonald Territory Border Guard, the secessionist movement gained much needed publicity. 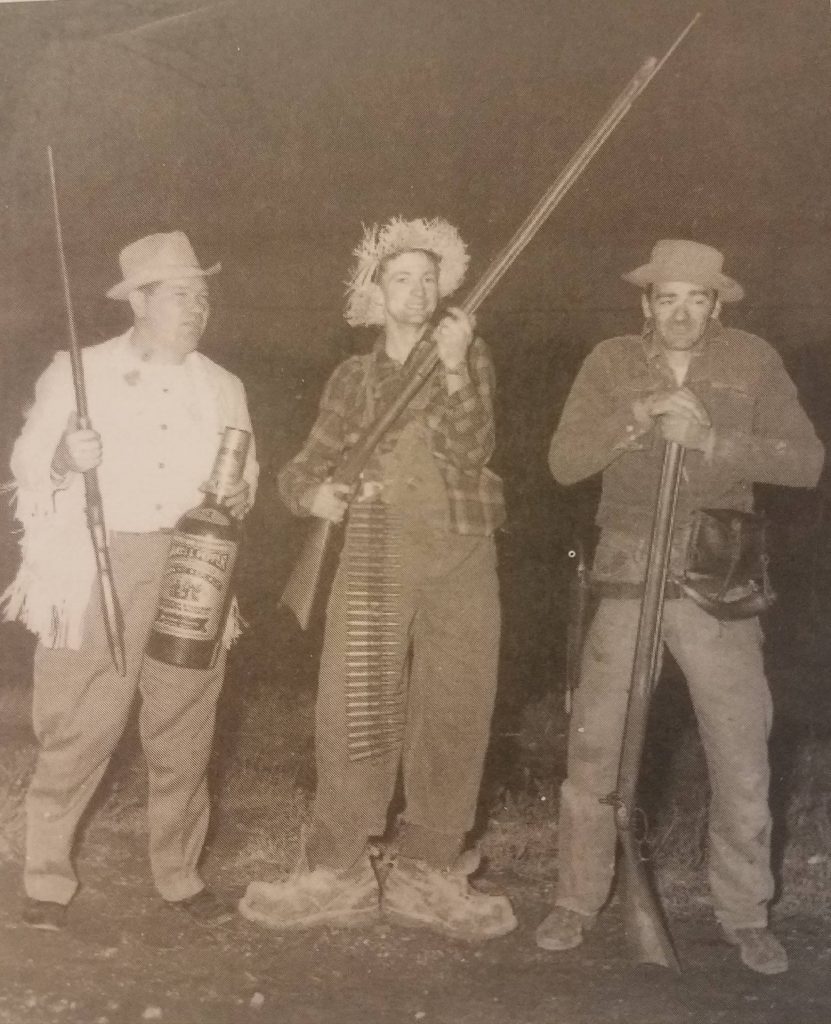 “Dressed in ridiculous mountain garb and carrying priceless old muzzle loading rifles, the men would go down in secession history as the roughest, toughest, brush-jumping hillbillies ever to crawl out of the deep, dark caves of the Ozark Mountains.”2

No doubt, the way the Border Guard were dressed and how they played their part showed that McDonald County was taking the proper steps to secede but still having fun with it.