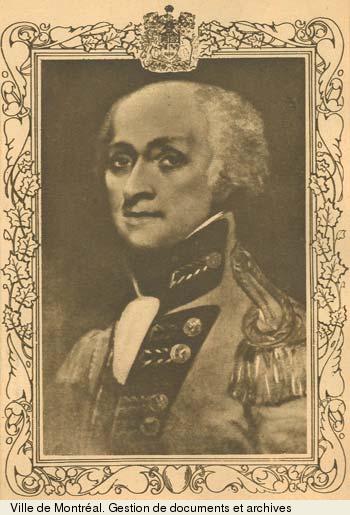 In 1780, With the U.S Congress refusing to hear the case of Vermont vs New York, the British took an opportunity to try to weaken the rebellion and draw Vermont into its orbit (Van de Water 251).  [1] Governor Chittenden himself threatened Congress for its inertia. “Vermont, which, after all, had been fighting for the United States and not primarily for itself, had no longer ‘the most distant motive to continue hostilities with Great Britain and maintain an important frontier for the benefit of the United States and for no other reward than an ungrateful one of being enslaved by them.'” [2] When Frederick Haldimand caught wind of Vermont’s dissatisfaction and general state of disarray (in a state of economic war with her neighbors over use of the Bennington supply depot) [3], he sent a missive to General Ethan Allen through an agent, Beverly Robinson. “Robinson informed his involuntary correspondent that he had heard that Vermont was sick of ‘the wild and chimerical scheme of the Americans in attempting to separate the Continent from Great Britain.’ He added that, if Allen would aid in bringing about a reunion of his state and the mother country, it would be distinctly worth his while.” [4].

British and Indian raids in October finally pushed the Vermont government into negotiations with the British under the pretense of a prisoner exchange and gaining a temporary truce [5]. The affair was leaked to America and Vermont and while Allen claimed to the Vermont assembly the right to broker a separate peace with Britain, Haldimand was completely incensed with his duplicity, writing “Ethan Allen is endeavoring to deceive both the Congress and us.” [6]. Meanwhile the affair had gotten Congress to reconsider its policy towards Vermont. To quote James Madison, “There is no question but that they will soon be established into a separate and Federal state.” [7]. Vermont managed to waste the time of the British just enough to avoid an invasion that would have certainly have destroyed them, if not for the surrender of the British army at Yorktown in October 1781, effectively ending the war [8]. Thus began the process Vermont from possible enemy of the United States to a potential addition to the Union.