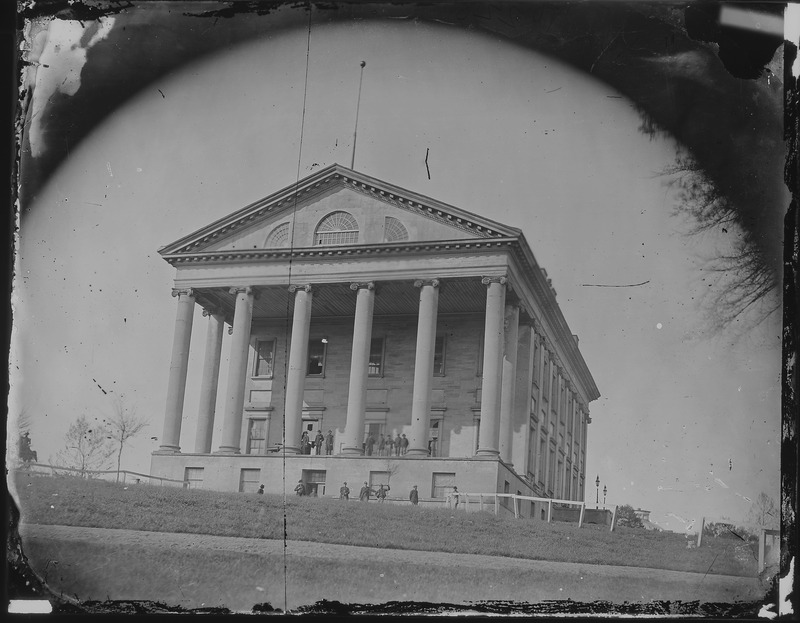 In 1851 the passage of the “Reform Constitution” allowed “Every white male citizen of the commonwealth, of the age of twenty-one years, who has been a resident of the state for two years, and of the county, city or town where he offers to vote for twelve months next preceding an election – and no other person –” to vote. The reforms provided in this Constitution, which also included the popular election of the governor, soothed the resentment of many western Virginians toward their eastern brethren.

Following the election of President Lincoln in 1860, many of the slave holding states considered seceding from the Union. Virginia held a convention at Richmond from February 13 to April 17th, 1861. At first the delegates, on the whole, were reluctant to secede from the Union. However, after Fort Sumter surrendered to Confederate forces on April 12, Lincoln called for 75,000 troops in order to put the rebellion down. In response, the delegates to the Richmond Convention passed an Ordinance of Secession, which was approved by the majority of Virginian voters on May 23. This prompted western Virginians to call for secession from the state of Virginia.

Up Next: How did secession happen?