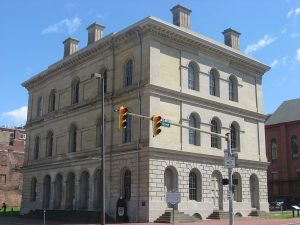 Once the Restored Government of Virginia was recognized, it began to work towards creating a new state, initially called Kanawha. It set October 24, 1861 as the date on which voters could decide whether to form this new state and elect delegates to a constitutional convention for it. Voters elected to do so by a large margin, which may have been due to the fact that Confederate sympathizers believed the process was illegitimate and refused to participate. The constitutional convention met and settled on West Virginia as the name of the new state, and the constitution was ratified in April 1862. The new state then sought permission to secede from the restored government of Virginia, which gave it. The issue of whether this consent was valid was hotly debated in both houses of Congress, each of which eventually decided to accept it, and Lincoln signed the bill after his own deliberations on its constitutionality. West Virginia became a state on June 20, 1863.

Up Next: Was West Virginia’s secession constitutional?