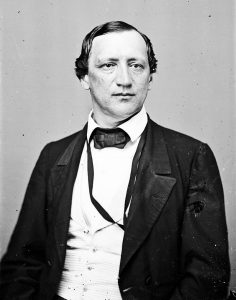 The Clarksburg Convention met as a response of Virginia’s Ordinance of Secession. John S. Carlile proposed to have the First Wheeling Convention in this convention.  That way, the logistics of the new proposed state would have a government figured out and put into place before they left the state of Virginia.  The Clarksburg Convention met to decide what to do, because half of the state was unhappy with the decision to leave the Union. They were not even sure that Virginia had left the Union legally.

Up Next: The Wheeling Conventions