The Restored Government of Virginia

Francis H. Pierpont was unanimously elected governor of the Restored Government of Virginia. It was recognized by Abraham Lincoln as the true state of Virginia. This restored government also claimed Richmond as its capital and moved there when it was free of Confederate forces.  As governor, Pierpont looked to raise more troops for the Union Army.

The Restored Government of Virginia was formed in response to the Virginia Secession Convention. In the Secession Convention, it was decided that Virginia would secede from the United States to join the Confederacy. In the Second Wheeling Convention, the “Declaration of the People of Virginia” was adopted. This declaration argued that the Virginia Declaration of Rights required the approval of the people to make any major changes to the state constitution. This means that Virginia’s secession into the Confederacy was an illegal act.

This conclusion further divided the Western region of Virginia from the tidewater region. Those in the Western part of the state saw this as a way to separate from the Eastern part of the state once and for all by becoming their own state and seceding back into the Union.  It was also very confusing to residents of both Confederate Virginia and Unionist Virginia, both of which were claiming to be the true state of Virginia. This division between the two ultimately resulted in the creation and formation of the state of West Virginia. 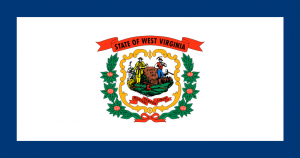 Up Next: Was West Virginia’s Secession Legal?