The Battle of Noel

Due to the publicity that was spreading regarding the secession and their Border Guards, the town of Carthage, Missouri, located in Jasper County just North of the McDonald Territory, challenged the new territory to a mock battle. The men in Carthage had been preparing for the celebration of the Civil War Centennial in July and were interested in having some fun and assisting the Territory to further advertise their movement.

McDonald County had previously retired the Missouri flag that had waved over the town of Noel and replaced it with the Confederate Stars and Bars. In response, the men of Carthage delivered an ultimatum to the McDonald Border Guards, take the flag down or face an invasion from the newly established joint Union-Confederate Army.

The mock battle was originally planned to be held in Pineville, where the Carthage Army believed the McDonald Territory capital to be. Little did they know at the time that the capital was in fact, located in Noel. The Carthage Union-Confederate Army’s plan was to invade Pineville, arrest the territorial governor, Z.L. McGowan, and fly the Missouri flag back over the courthouse. 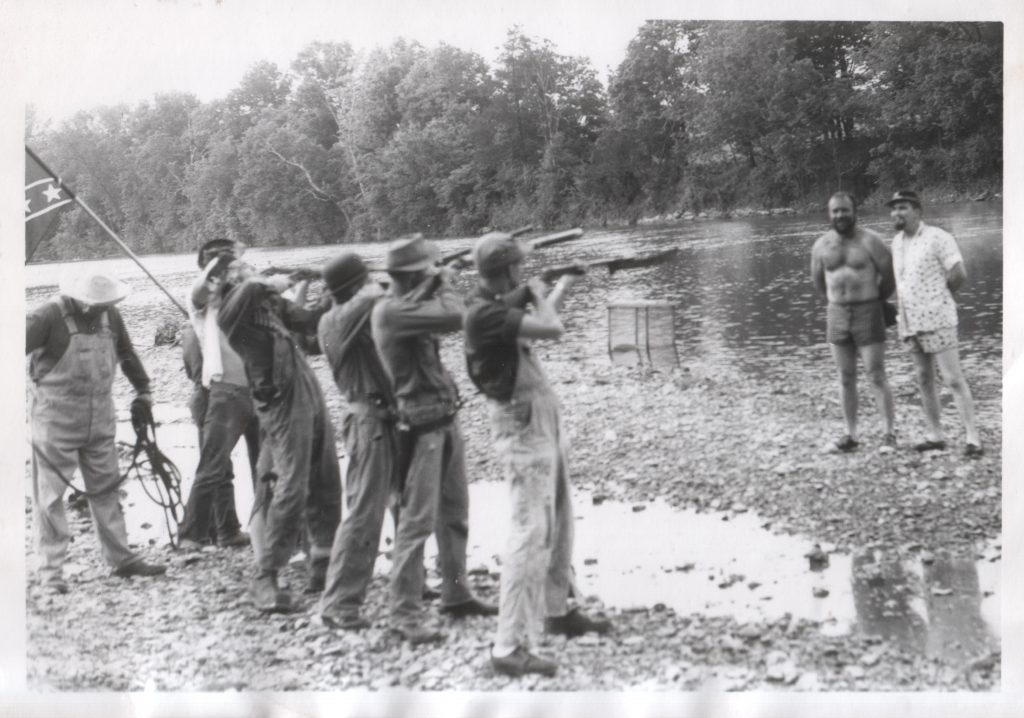 Members of the Carthage Army were captured and arrested in their camp at Mt. Shira, which overlooks Noel. Courtesy of the McDonald County Historical Society.

The McDonald Territory Border Guards were more than happy to oblige the Carthage Army with a fight, and soon enough, many of the “Territorial Troopers” made their way to Pineville and set up camp to wait for the enemy to arrive. However, the original plans for the battle were foiled by the county sheriff. The sheriff informed the Guards that while McDonald County may have seceded from Missouri, but the courthouse was still very much a part of the State. He ordered that the people leave and hold the battle in Noel.

Disgruntled, the troopers and spectators made their way back to Noel while a spare Guard stayed behind to direct the incoming Carthage Army to Noel for the actual battle. The Carthage Army showed up at Pineville, only for the sheriff to tell them what he told the McDonald Troopers. The sheriff also informed the Army of a back road that would take them into Noel.

Heeding the sheriff’s advice, the Carthage Army snuck up behind the McDonald Territory Border Guards, who were prepared to defend the front entrance to the town and not prepared to be flanked in such a manner. In the hilarious mock battle that ensued, the invading Union-Confederate Army from Carthage and the McDonald Territory Border Guard fought head to head. “Invaders and defenders were armed to the teeth with horse pistols, rifles, muskets, bayonets, and sabers of every description.”1 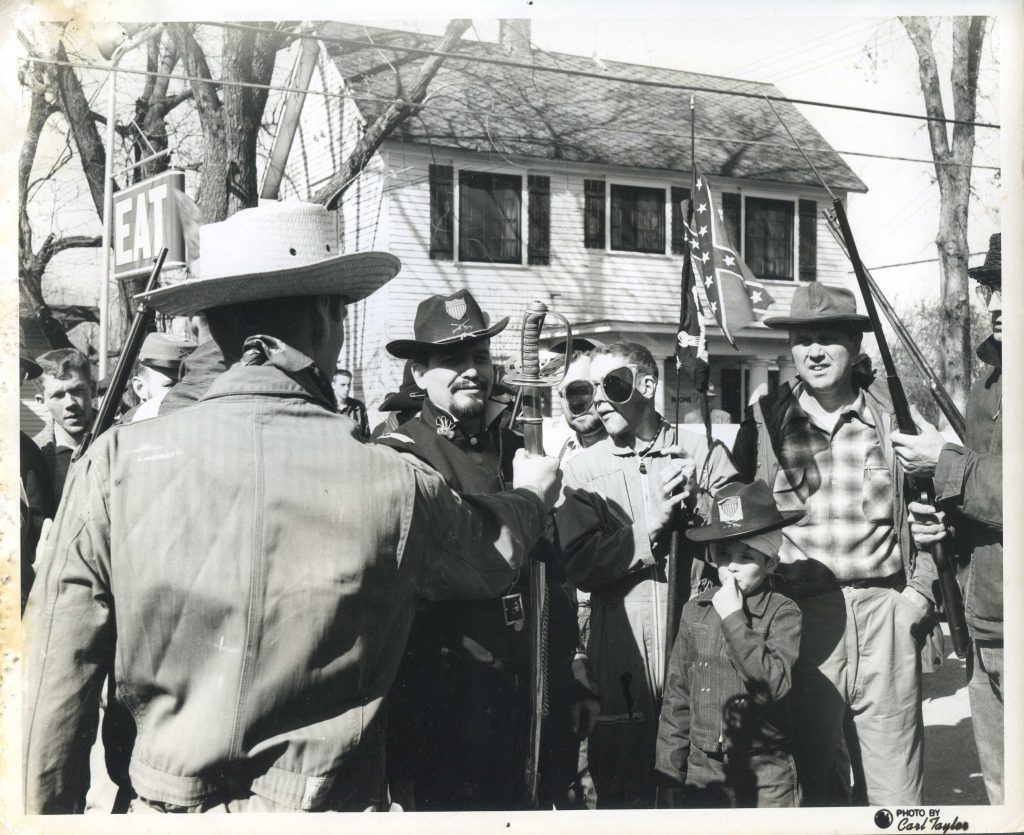 Members of the Carthage Union-Confederate Army and McDonald “Territorial Troopers” take pictures after the mock battle. Courtesy of the McDonald County Historical Society.

Both sides had good fun with the battle, and nearly 4,000 people spectated the shindig. While Carthage did catch McDonald by surprise, they did not expect the cunning strategies employed by the Border Guard, and soon enough the commanding general of the Carthage Army was captured at bayonet-point and handcuffed. He was later rescued in a followup battle which ended with a truce and Z.L. McGowan shaking hands with Abe Lincoln, who responded by inviting the Border Patrol to make the trek to Carthage to celebrate the Centennial with them.

Next: The Noel Land Rush