John S. Carlile was originally against the secession of the state of Virginia from the Union. At the Second Wheeling Convention, Carlile wrote “A Declaration of the People of Virginia” in which he explained that Virginia’s secession from the Union was illegal. In this document, he also called for the reorganization of the government of Virginia. Despite having supported the creation of West Virginia for a time, Carlile was was later firmly opposed to it. In spite of his efforts in opposition, the new state was created. Carlile was one of two men elected to represent the Restored Government of Virginia in the Senate. 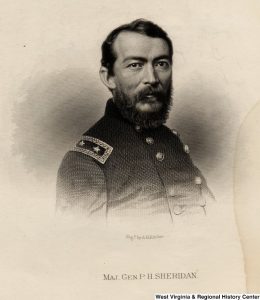 In 1864, Philip Henry Sheridan defeated Confederate forces in the Shenandoah Valley.  His destruction of the economic infrastructure of the Valley, called “The Burning” by residents, was one of the first uses of scorched earth tactics in the war. In 1865, his cavalry pursued Gen. Robert E. Lee and was instrumental in forcing his surrender at Appomattox. 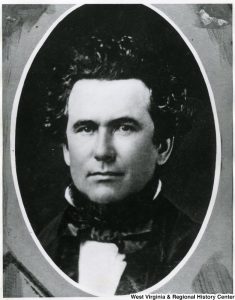 Francis H. Pierpont was unanimously elected to be Governor of the Restored Government of Virginia. Although he never became an elected official of West Virginia, he is still considered to be the “Father of West Virginia.” He eventually went on to become the Governor of Virginia after a political career that involved heavy apologies to Confederate sympathizers. He was an antislavery delegate in the First and Second Wheeling Convention.

Peter G. Van Winkle was a senator from Western Virginia. He participated in the Constitutional State Convention of 1850. He was generally against secession and helped frame the Virginia State Constitution of 1861. Upon the admission of the state of West Virginia into the Union, Van Winkle served as chairman of the Committee of Pensions. 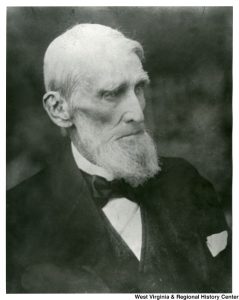 Waitman T. Willey was a Whig candidate for  Congress. He served in Congress for both West Virginia and Virginia. Supported the temperance campaign and the literacy society. He was also there at the state convention in 1850. He argued for Universal White Male Suffrage and said that the eastern part of the state was politically dominant. Was also a part of the Secession Convention of 1861 and voted against secession. *The First Wheeling Convention was when he started to advocate for secession* He also presented the bill to congress for the creation of the state of West Virginia. 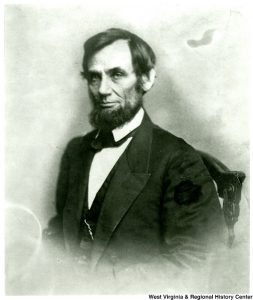 Abraham Lincoln was the sixteenth President of the United States and served as such from 1861 to 1865. As head of Union forces, he recognized the Restored Government of Virginia over the original government that had seceded from the Union. Eventually, Lincoln recognized the legitimacy of the state of West Virginia and welcomed it into the Union.

Up next: The Restored Government of Virginia