Like any secession movement, those who are campaigning for upstate New York secession have to deal with contending and sometimes even opposing voices . 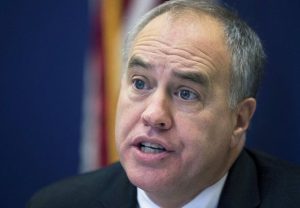 Some of this opposition has been directly targeted against the secession movement.  New York State Comptroller Thomas DiNapoli is against the idea, quoted in 2015 as saying:

From a perspective of the kind of support that New York state is able to provide to all localities because New York City and financial services are such a strong driver of the revenue that comes to the state, I don’t think there would be a long-term benefit from a financial point of view for any part of the state to secede

However, most of the resistance comes from groups advocating against the specific issues that separatists have, for the most part, embraced such as gun rights and liberal hydro-fracking policies.

Finally, there is also an alternate parallel movement that has developed in New York City, where debates are springing up about possible downstate secession.