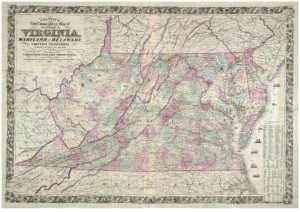 Though it had become a state, West Virginia still belonged to a country in the midst of a Civil War. As a border state, it served as a battleground for the Confederacy and the Union. After the war there were also border disputes between West Virginia and Virginia, as well as conflict over reparations to the Union.

Up Next: West Virginia’s Role in the Civil War